This article was initially published at blog.gradle.org

As projects grow in size and complexity and otherwise mature, they tend to accumulate a large collection of automated tests.

Testing your software at multiple levels of granularity is important to surface problems quickly and to increase developer productivity.

Using this feature makes it much easier to manage different types of tests within a single Gradle JVM project without worrying about low level “plumbing” details.

Normally - whether or not you’re practicing strict Test Driven Development - as you develop a project you will continuously add new unit tests alongside your production classes.

By convention, for a Java project, these tests live in src/test/java: 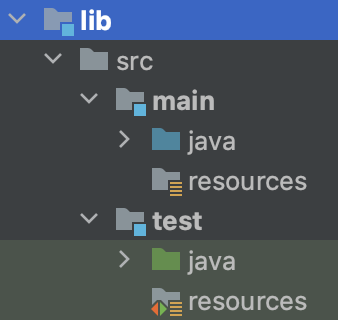 These unit tests ensure your classes behave correctly in isolation from the very beginning of your project's lifecycle.

At some point later in development, you will be ready to test how your classes work together to create a larger system using integration tests.

Later still, as a final step in certifying that your project works as designed, you will probably want to run the entire system in end-to-end tests which check functional requirements, measure performance, or otherwise confirm its readiness for release.

There are a lot of error-prone details you need to consider in this process.
Test Suites was created to improve this situation, in response to the hardships detailed below.

Considerations when setting up additional tests

At a minimum you’ll want to organize your test code by separating tests into different directories for each goal: 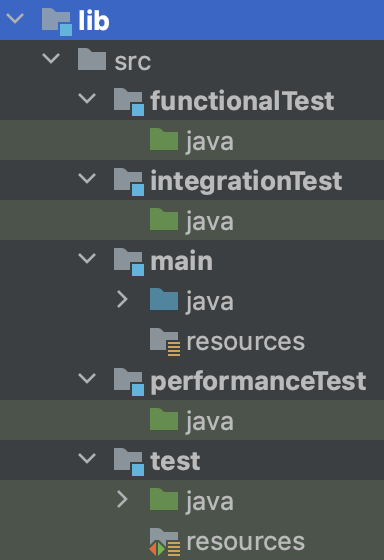 But separating the source files is only the beginning.

These types of tests might require different preconditions to be met prior to testing, utilize entirely different runtime and compile time dependencies, or interact with different external systems.

The very testing framework (such as JUnit 4 or 5, TestNG or Spock) used to write and run each group of tests could be different.

To correctly model and isolate these differences in Gradle, you’ll need to do more than just separate the tests' source files.

Each group of tests will require its own:

Each component you create in your build scripts to support these requirements must be properly wired into the Gradle project model to avoid unexpected behavior.

Accomplishing this is error-prone, as it requires a thorough understanding of low-level Gradle concepts.
It also requires modifications and additions to multiple blocks of the DSL.

That’s hardly ideal; setting up testing is a single concern and the configuration for it should be co-located and easily discoverable within a buildscript.

It’s helpful to look at a complete example.

Before diving in, take a moment to think about how you would create a separate set of integration tests within a project.

Before Gradle 7.2, the proper way to set up integration tests went like this (note that while this example is written in the Gradle Kotlin DSL, the Groovy setup is very similar):

Did you get all that?

The bottom line is that this is simply too complex.

You shouldn’t have to be a build expert just to set up thorough testing!

Thinking about the difficulties involved in properly handling this scenario, we realized the current situation was inadequate.

We want to support build authors defining multiple groups of tests with different purposes in a declarative fashion while operating at a high level of abstraction.

Although you could previously write your own plugin (or use a pre-existing solution such as Nebula) to hide the details of this and mitigate the complexity, testing is such an ubiquitous need that we decided to provide a canonical solution within Gradle’s own core set of plugins.

The JVM Test Suite Plugin provides a DSL and API to model exactly this situation: multiple groups of automated tests with different purposes that live within a single JVM-based project.

It is automatically applied by the java plugin, so when you upgrade to Gradle >= 7.3 you’re already using Test Suites in your JVM projects.

Here is the previous example, rewritten to take advantage of Test Suites:

By making use of sensible defaults, Gradle is able to simplify your buildscript significantly.

This script manages to set up a mostly equivalent build as the original but in far fewer lines of code.
Gradle adds a directory to locate your test code and creates the task that run the tests using the suite name as the basis.

Test Suites aren't limited to Java projects, either. Groovy, Kotlin, Scala, and other JVM-based languages will work similarly when their appropriate plugins are applied. These plugins all also automatically apply the JVM Test Suite Plugin, so you can begin adding tests to src// without doing any other configuration.

This short example takes care of all the considerations of the pre-Test Suites example above.
But how does it work?

When you configure a suite in the new DSL, Gradle does the following for you:

After adding just this minimal block of DSL, you are ready to write integration test classes under src/integrationTest/java which are completely separate from your unit tests, and to run them via a new integrationTest task.

Try it out now

Test Suites is still an @Incubating feature as we explore and refine the API, but it’s here to stay, and we encourage everyone to try it out now.

For a new project, the easiest way to get started is to use the Gradle Init task and opt-in to using incubating features when prompted; this will generate a sample project using the new DSL.

The rationale behind Test Suites, just like Gradle in general, is to abstract the details of configuration and use sensible conventions as defaults - but to also allow you to change those defaults as necessary. 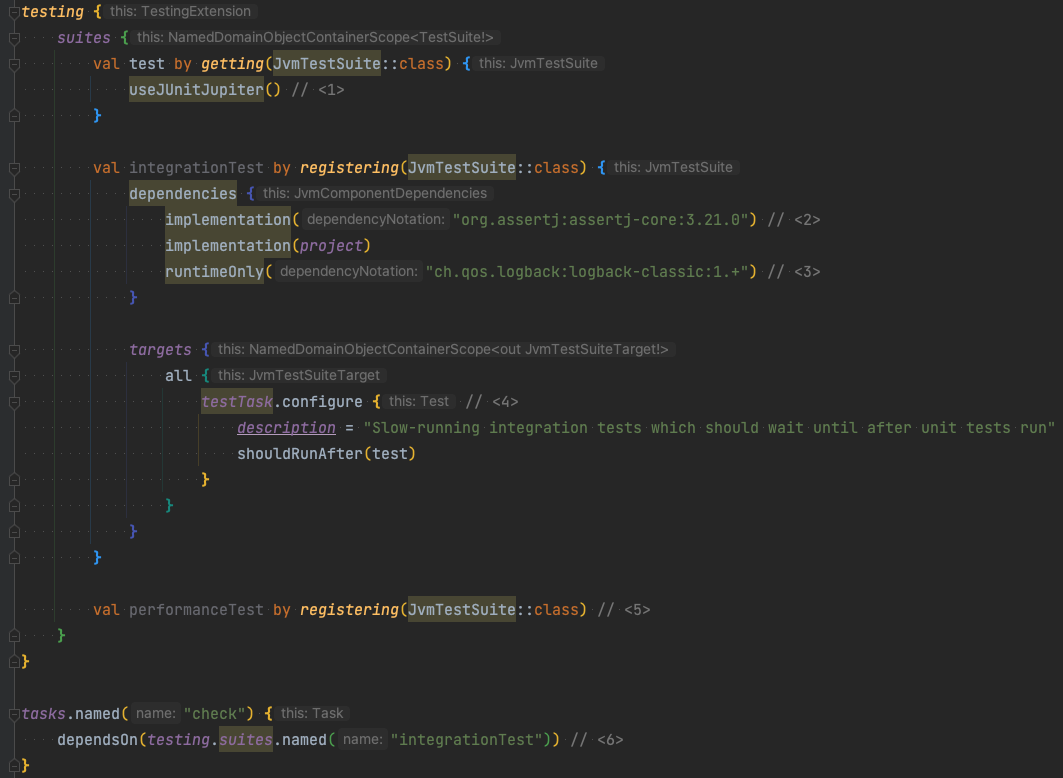 For adding an additional test suite to a more complex and realistic build, see the Multi-Project sample.

The future of testing in Gradle

We have many exciting ideas for evolving Test Suites in the future.

One major use case we want to support is multidimensional testing, where the same suite of tests runs repeatedly in different environments (for instance, on different versions or releases of the JVM).

This is the reason for the seemingly extraneous targets block seen in the examples here and in the user guide.

You’ll also definitely want to check out the Test Report Aggregation Plugin added in Gradle 7.4, to see how to easily aggregate the results of multiple Test task invocations into a single HTML report.

Consolidating test failures and exposing more information about their suites in test reporting is another potential area of future development.

These and other improvements are currently being discussed and implemented, so be sure to keep up to date with the Gradle Blog and the latest Gradle releases.

[^1]: The version is left off junit-jupiter-engine because junit-jupiter-api will manage setting it - but this might look like a mistake.
[^2]: In the forthcoming Gradle 8.0, this block will use a new strongly-typed dependencies API, which should provide a better experience when declaring test dependencies in your favorite IDE. Watch our releases page for more details.
[^3]: The default test suite retains JUnit 4 as its default runner, for compatibility reasons.
[^4]: The default test suite is also implicitly granted access to the production source’s implementation dependencies for the same reason. When switching testing frameworks, the new framework’s dependencies are automatically included.
[^5]: See the Lazy Configuration section of the user guide for more details on lazy configuration.
[^6]: Perhaps these tests are meant to exercise a live deployment in a staging environment.
[^7]: Note that in the forthcoming Gradle 7.6, instead of using project you'll need to call the new project() method here.

A passionate, pragmatic Java, Groovy and (previously) .NET developer, Tom Tresansky builds tooling for the next generation of applications. He was previously a Technical Lead at the New York State Unified Court System, where he championed the modernization of a complex, custom, monolithic CMS built by Ant into a well-organized…